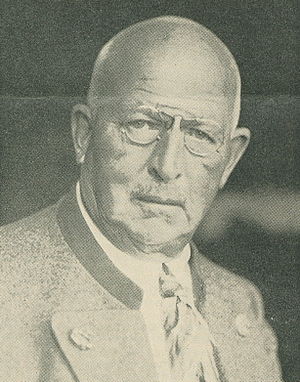 Erich Lexer (22 May 1867 – 4 December 1937) was a German surgeon born in Freiburg im Breisgau.He studied medicine at the University of Würzburg, afterwards working as an assistant to Friedrich Sigmund Merkel in Göttingen (1891) and to Ernst von Bergmann in Berlin (from 1892).

In 1928 he succeeded Ferdinand Sauerbruch at the university clinic in Munich (1928–1936).He is remembered for his introduction of surgical techniques associated with plastic and cosmetic surgery.

He is credited for his pioneer research of forehead lift surgery as a means to lessen the signs of aging in the upper part of the face.

In 1921 he pioneered a technique for mammaplastic surgery, a procedure that later became popular in the 1950s.Lexer is also credited as the first physician to advocate subcutaneous mastectomy for treatment of fibrocystic breast disease.

Today, the Erich Lexer Clinic for Aesthetic-Plastic Surgery at the Freiburg Medical Centre is named in his honor.