He was a recipient of the Knight's Cross of the Iron Cross with Oak Leaves of Nazi Germany. 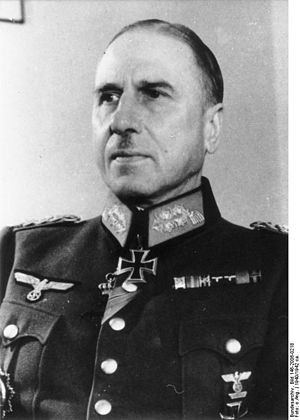 German General and Knight's Cross recipient
Back
This content was extracted from Wikipedia and is licensed under the Creative Commons Attribution-ShareAlike 3.0 Unported License