Grandson of composer .Lindegren was born in Luleå, Norrbotten County, the son of a railway engineer.With Gunnar Ekelöf, he belonged to the most prominent exponents of the lyric modernism flourishing in his country, especially from the 1940s.

He took a keen interest in music, opera and the visual arts, and was an accomplished opera librettist at the Royal Swedish Opera, and also an informed and enthusiastic opera critic.

Lindegren wrote the libretto for Karl-Birger Blomdahl's space opera Aniara among others.Between 1948 and 1950 he led the literary magazine Prisma, one of the most lavish and broad ever produced in Sweden, aiming to "gauge the state of the arts in the present".

His poetry books include mannen utan väg ("The Man Without a Way", title without capital M; 1942, a breakthrough work of its generation), Sviter ("Suites", 1947) and Vinteroffer ("Winter Sacrifice", 1954).

He died from pancreatic cancer in 1968. 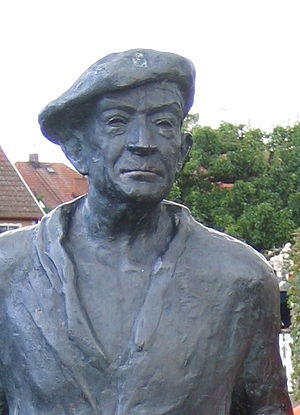 Swedish writer
Back
This content was extracted from Wikipedia and is licensed under the Creative Commons Attribution-ShareAlike 3.0 Unported License