Two weeks later he became the first man to break the 70 m barrier, setting a new world record at 71.01 m. 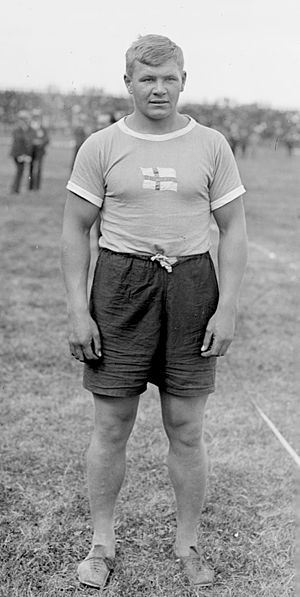