Erik Samsel Kristensen (March 15, 1972 – June 28, 2005) was a Lieutenant commander of the United States Navy SEALs who was killed in action during Operation Red Wings.

He and several other SEALs set off as part of a search and rescue mission, hoping to assist a four-man SEAL team that was engaged in a firefight with Taliban fighters. 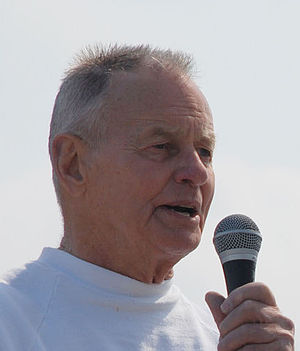 United States Navy officer
Back
This content was extracted from Wikipedia and is licensed under the Creative Commons Attribution-ShareAlike 3.0 Unported License