Erling Eidem (23 April 1880 – 14 April 1972) was a Swedish theologian who served as archbishop of Uppsala 1931–1950.Eidem was son of Anders Magnus Andersson, a merchant in Gothenburg, and his spouse Pauline Eidem, whose maiden name he took.

He received his filosofie kandidat degree from the University College of Gothenburg in 1903, his theology degree from Lund University in 1907, became licentiate there in 1912 and completed his doctorate of theology in 1918.

He married Elisabeth Eklund, a daughter of the theologian , dean of the cathedral of Lund and professor of church history at the university.

During the 1930s, Eidem expressed nationalist views, but kept a clear distance from the German Nazi regime and warned the Lutheran church in Germany for the prevalent anti-semitism.

After the war years, Eidem was one of the churchmen who donated money to the high church St.Ansgar Foundation in Uppsala.

Eidem was the last archbishop to be ex officio Pro-Chancellor of Uppsala University. 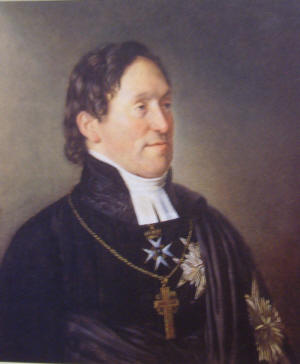 Archbishop of Uppsala
Back
This content was extracted from Wikipedia and is licensed under the Creative Commons Attribution-ShareAlike 3.0 Unported License