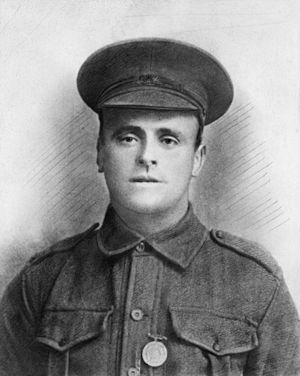 He enlisted in the Australian Imperial Force on 13 January 1916, and was allocated to the 55th Battalion, where he was initially posted to a grenade section before volunteering for stretcher bearing duties.

Born in New South Wales, Corey was employed as a blacksmith's striker upon leaving school.In January 1916, he became a member of the "Men from Snowy River" recruiting march, enlisting in Goulburn.

Returning to Australia after the Armistice, he was discharged on medical grounds in 1919 and was employed in a number of jobs before re-enlisting in a militia battalion for service in the Second World War.

He died in 1972 and was buried with full military honours in the Ex-Servicemen's section of Woden Cemetery, Australian Capital Territory.