Ernest Calvin Williams (August 2, 1887 – July 31, 1940) was a United States Marine Corps officer who received the Medal of Honor for his actions on November 29, 1916, during the Battle of San Francisco de Macoris.

Then 1st Lt Williams, leading 12 Marines, charged and captured the fortress from a numerically superior enemy.These actions were part of the U.S. occupation of the Dominican Republic.

He was later awarded the Navy Cross. 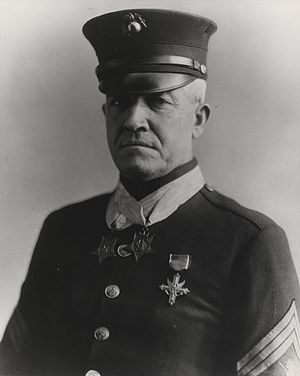 US Marine Corps Medal of Honor recipient
Back
This content was extracted from Wikipedia and is licensed under the Creative Commons Attribution-ShareAlike 3.0 Unported License