Ernest Denis (January 3, 1849 – January 4, 1921) was a French historian.Denis became known as a specialist of Germany and Bohemia, and played a major role in the establishment of the Czechoslovak state in 1918.

Along with Louis Léger, he is considered to be one of the most highly regarded 20th-century historians of the Slav world in France.

In 1918, the French government created Czechoslovak legions.On 28 October 1918, the Republic of Czechoslovakia was proclaimed in Prague.Upon the death of Denis, the Czechoslovak state bought his house in Paris in order to create an institute for Slavic studies. 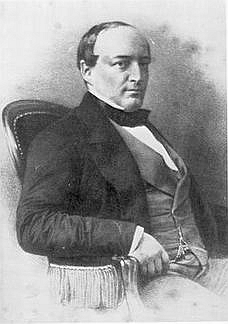 French historian and politician
Back
This content was extracted from Wikipedia and is licensed under the Creative Commons Attribution-ShareAlike 3.0 Unported License