He came to power when he came of age in 1584.He founded the first Gymnasium Illustrie in the margraviate.His conversion from the Lutheranism to Calvinism and his occupation of caused serious conflicts – even with the Emperor – the consequences of which damaged Lower Baden and ultimately also led to losses of territory. 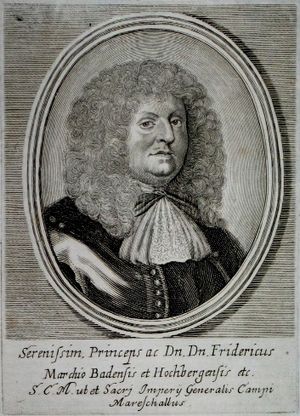 Margrave of Baden-Durlach
Back
This content was extracted from Wikipedia and is licensed under the Creative Commons Attribution-ShareAlike 3.0 Unported License