Waldorf united with the Central New York Annual Conference of the M.E.Church in 1900.Prior to his election to the episcopacy, Waldorf served as a pastor, and as a chaplain in the 74th Regt. of the National Guard in Buffalo, New York, 1911–15.

His son was football coach Pappy Waldorf.While a bishop in Kansas City, Missouri, in the 1920s, he championed a proposed Lincoln and Lee University that would be built on the battlefield of the Battle of Westport (biggest battle west of the Mississippi River).

The university would be named for Abraham Lincoln and Robert E.Lee and be built around a proposed national memorial to fallen Civil War soldiers.

The school would eventually form the basis of what is the University of Missouri-Kansas City (and is not affiliated with the church).

He was buried in Oakwood Cemetery in Syracuse, New York. 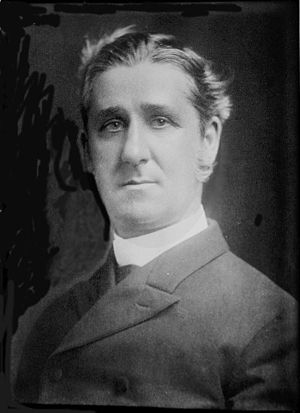 Methodist Bishop
Back
This content was extracted from Wikipedia and is licensed under the Creative Commons Attribution-ShareAlike 3.0 Unported License