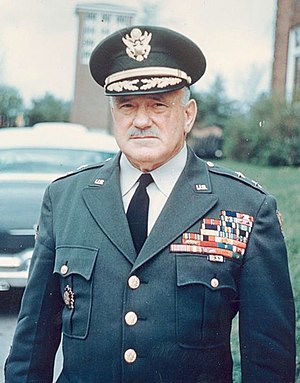 Major General Ernest Nason Harmon (February 26, 1894 – November 13, 1979) was a senior officer of the United States Army.He served in both World War I and World War II, and is best known for his actions in reorganizing the 1st Armored Division after the debacle in February 1943 at Battle of Kasserine Pass during the Tunisian campaign.