Ernest James Renshaw (3 January 1861 – 2 September 1899) was an English tennis player who was active in the late 19th century.Together with his twin brother William Renshaw, Ernest won the men's doubles at Wimbledon five times.

He also won the singles championship at Wimbledon once, in 1888 and was inducted into the International Tennis Hall of Fame in 1983.

The boom in popularity of the game during the 1880s due to the modern tennis style of the Renshaw brothers became known as the 'Renshaw Rush'. 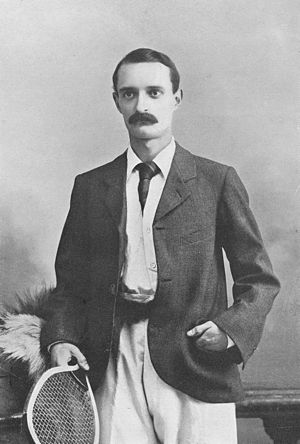 English tennis player
Back
This content was extracted from Wikipedia and is licensed under the Creative Commons Attribution-ShareAlike 3.0 Unported License