Ernest Alfred Roberts (21 February 1868 – 2 December 1913) was a Labor member of the Australian House of Representatives from 1908 to 1913.Roberts was born in London and educated in Guernsey.

He became a sailor and then travelled to Queensland in 1886.He became a wharf labourer and union secretary in Port Pirie, South Australia and in 1892 he married Bridget Marie Collins.

In 1893, Roberts unsuccessfully stood for election to the South Australian House of Assembly for seat of Gladstone, but won it for Labor at the 1896 election.

Although he initially opposed the sending of South Australian troops to the Second Boer War in 1899, in early 1900 he served as a lieutenant with the 4th Imperial Bushmen's Contingent there.

He returned in July 1901, resigned his seat and helped organise the 2nd Battalion, Australian Commonwealth Horse.He returned to western Transvaal in mid-1902 as a captain.

After his return to Australia, he edited the Labor Weekly Herald from 1904 to 1908 and founded the South Australian Government General Workers Association.

Just after speaking in Parliament in Melbourne he collapsed and died of a heart condition, survived by his wife, son and three daughters.

He reportedly struck his head on the base of a stone statue of Queen Victoria. 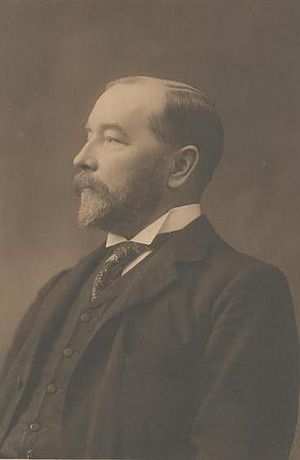