Ernst Mathias Peter von Vegesack (June 18, 1820 – January 12, 1903) was a Swedish Army officer and volunteer in the Union Army during American Civil War and later on was a member of the parliament of Sweden.

After his return to Sweden, he was awarded the brevet grade of Brigadier general of volunteers and in 1893 he received the Medal of Honor for bravery in the Battle of Gaines's Mill. 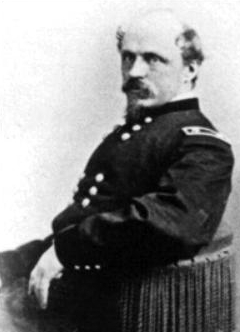