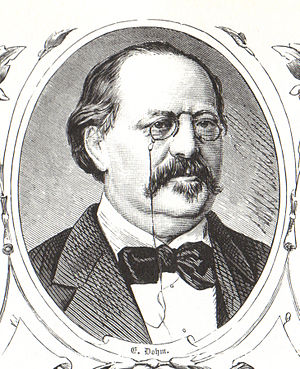 He was a chief-editor of Kladderadatsch, a satirical magazine founded in 1848, until 1849.