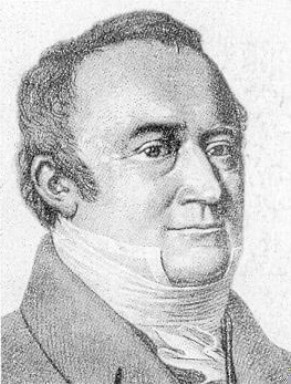 Ernst Friedrich, Freiherr von Schlotheim (April 2, 1764 – March 28, 1832), German palaeontologist and politician, was born in Allmenshausen, Schwarzburg-Sondershausen.He was Privy Councillor and President of the Chamber at the court of Gotha.

His more important work was entitled Die Petrefactenkunde (1820).In this he incorporated the plates used in his previous memoir and supplemented it by a folio atlas (1822), in which he illustrated his collection of petrified and fossil remains of the animal and vegetable kingdom of a former world.

For the first time in Germany the fossils were named according to the binomial system of Linnaeus.His specimens are preserved in the Berlin Museum.

He died at Gotha.The standard author abbreviation Schloth. is used to indicate this person as the author when citing a botanical name.