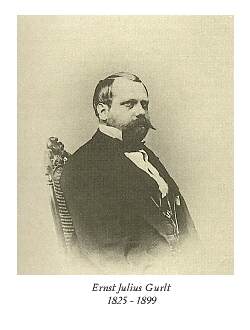 He studied medicine in Berlin, where he later became an assistant to Bernhard von Langenbeck.In 1853 he received his habilitation for surgery, becoming an associate professor in 1862 at the University of Berlin.

He is remembered for studies conducted in the field of medical statistics.