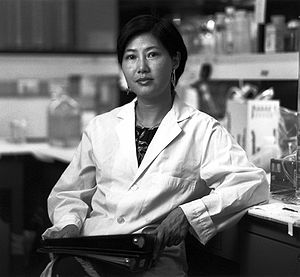 She was the first scientist to clone HIV and determine the function of its genes, which was a major step in proving that HIV is the cause of AIDS.

From 1990 to 2002, she held the Florence Riford Chair in AIDS Research at the University of California, San Diego (UCSD).She was co-founder and, after retiring from UCSD, she became the chief scientific officer of Immusol, which was renamed iTherX Pharmaceuticals in 2007 when it transitioned to a drug development company focused on hepatitis C and continued as chief scientific officer.

American virologist
Back
This content was extracted from Wikipedia and is licensed under the Creative Commons Attribution-ShareAlike 3.0 Unported License