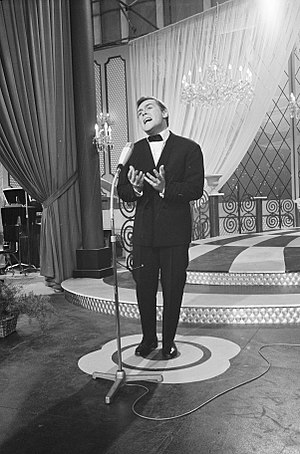 François Deguelt (born Louis Deghelt, 4 December 1932 – 22 January 2014) was a French singer, best known for his participation on behalf of Monaco in the Eurovision Song Contests of 1960 and 1962.Deguelt gave up his studies to become a cabaret singer in Paris in the early 1950s.

In 1956, he was the winner of the Grand Prix du Disque of the Académie Charles Cros.Following a period of military service in Algeria, Deguelt returned to France, and was offered the chance in 1960 to sing for Monaco in the fifth Eurovision Song Contest, held in London on 29 March.

Deguelt's song "Ce soir-là" ("That Night") proved popular with the juries, finishing in third place of the 13 entrants.Deguelt returned to Eurovision, again representing Monaco, in 1962 with the song "Dis rien" ("Say Nothing").

Heccontinues to tour and perform on the nostalgia circuit throughout the Francophone world until his death.He died at the age of 81 on 22 January 2014.