Francesco Saverio Vincenzo de Paolo Nitti (19 July 1868 – 20 February 1953) was an Italian economist and political figure.A Radical, he served as Prime Minister of Italy between 1919 and 1920.

According to the Catholic Encyclopedia ("Theories of Overpopulation"), Nitti (Population and the Social System, 1894) was a staunch critic of English economist Thomas Robert Malthus and his Principle of Population.

He was an important meridionalist and studied the origins of Southern Italian problems that arose after Italian unification. 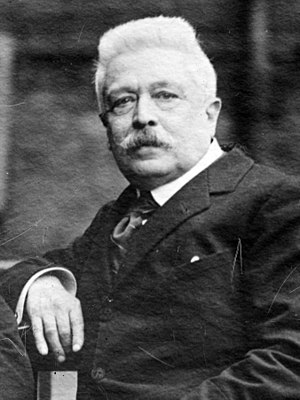