Herrick attended St.Paul's School in Concord, New Hampshire from where he went to Dartmouth College in 1881.His Ph.D. was obtained at Johns Hopkins University in 1888.

The embryology and biology of shellfish, especially lobster, became his consuming interest.He was approached in 1890 by the United States Commissioner of Fisheries to research and publish a comprehensive report on the American Lobster.

Over a period of five years Herrick studied lobsters along the seaboards of Massachusetts, Maine and New Hampshire working from a laboratory at Woods Hole, Massachusetts.

The finished work was entitled The American Lobster: A study of its habits and development and appeared in volume 15 of the Bulletin of the United States Fish Commission for 1895.

This definitive work includes some 100 detailed drawings of Homarus americanus.Herrick was greatly concerned about the unregulated lobster-fishing industry and that the limited migration of lobsters bedevils recovery of lobster populations once depleted.

His 1917 work was the first critical biography of John James Audubon and negated the public's romanticised image of him as an American woodsman.

An ornithologist with a particular interest in the aetiology of instinct in wild birds, Herrick was the first researcher to study the bald eagle in the field, and help popularise wildlife photography in the process.

He became professor emeritus in 1929. 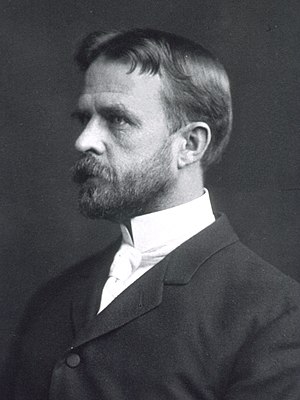