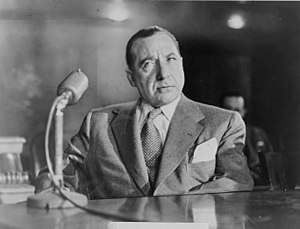 In 1957, Costello survived an assassination attempt ordered by Vito Genovese and carried out by Vincent Gigante.However, the altercation persuaded Costello to relinquish power to Genovese and retire.