Fred Bassetti FAIA, (January 31, 1917 in Seattle – December 5, 2013 in Oregon) was a Pacific Northwest architect, teacher and a prime contributor to the regional approach to Modern architecture during the 1940s-1990's.

His architectural legacy includes some of the Seattle area's more recognizable buildings and spaces.The American Institute of Architects (AIA) described his role as a regional architect and activist as having made significant contributions to "the shape of Seattle and the Northwest, and on the profession of architecture." 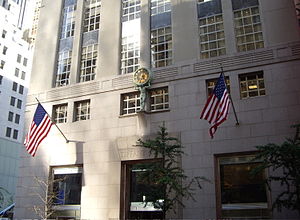