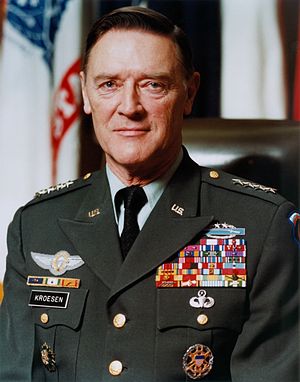 He also served as Vice Chief of Staff of the United States Army from 1978 to 1979.He commanded troops in World War II, the Korean War, and the Vietnam War, enabling him to be one of the very small number who ever was entitled to wear the Combat Infantryman Badge with two Stars, denoting active combat in three wars.

US Army General
Back
This content was extracted from Wikipedia and is licensed under the Creative Commons Attribution-ShareAlike 3.0 Unported License