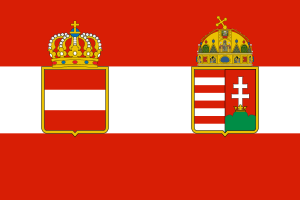 At the post-war Nuremberg trials, the Waffen-SS – of which Phleps was a senior officer – was declared to be a criminal organisation due to its major involvement in war crimes and crimes against humanity.

An Austro-Hungarian Army officer before and during World War I, he specialised in mountain warfare and logistics, and had been promoted to Oberstleutnant (lieutenant colonel) by the end of the war.

During the interwar period he joined the Romanian Army, reaching the rank of General-locotenent (major general), and also became an adviser to King Carol.

After he spoke out against the government, he asked to be dismissed from the army after being sidelined.In 1941 he left Romania and joined the Waffen-SS as an SS-Standartenführer (colonel) under his mother's maiden name of Stolz.

Units under his command committed many crimes against the civilian population of the Independent State of Croatia, German-occupied territory of Serbia and Italian governorate of Montenegro.

His final appointment was as plenipotentiary general in south Siebenbürgen (Transylvania) and the Banat, during which he organised the evacuation of the Volksdeutsche (ethnic Germans) of Siebenbürgen to the Reich.