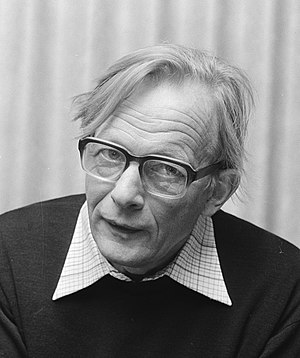 Hendrik Christoffel "Henk" van de Hulst (19 November 1918 – 31 July 2000) was a Dutch astronomer and mathematician.In 1944, while a student in Utrecht, he predicted the existence of the 21 cm hyperfine line of neutral interstellar hydrogen.

After this line was discovered, he participated, with Jan Oort and C.A.Muller, in the effort to use radio astronomy to map out the neutral hydrogen in our galaxy, which first revealed its spiral structure.

Motivated by the scattering in cosmic dust, he studied light scattering by spherical particles and wrote his doctoral thesis on the topic, subsequently formulating the anomalous diffraction theory.

He spent most of his career at the University of Leiden, retiring in 1984.He published widely in astronomy, and dealt with the solar corona, and interstellar clouds.

After 1960 he was a leader in international space research projects.In 1956 he became member of the Royal Netherlands Academy of Arts and Sciences.