He enlisted for service in the Mexican–American War, but saw no action.At age 21 he began studying to become an attorney at the law offices of Buckland and Hayes (later President Rutherford B.

Hayes); he was admitted to the bar two years later and established a moderate law practice, earning a reputation as a hard-working lawyer.

Glick moved to Atchison, Kansas, in 1859 and formed a partnership with .He served as a Union soldier in the 2nd Kansas Infantry during the Civil War.

He served in both houses of the state legislature.Glick was well respected and considered "just and expert" by his colleagues.

He was elected Governor in 1882 and served until 1885.He was also, despite being the 9th governor overall, only the first Democrat to serve as governor of Kansas.

Legislation enacted during his tenure included the creation of a railroad commission, a "good roads" law, reassessment of tax laws, and the establishment of a livestock sanitary commission.

He was later appointed pension agent in Topeka by President Grover Cleveland.After 15 years of civic service, George Glick was forced to abandon his political career because of a throat infection that nearly destroyed his ability to speak.

He continued, however, as an attorney for various railroads.He also managed his farm and served as a charter member and first vice president of the Kansas Historical Society. 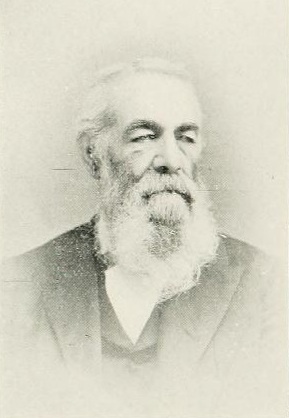