Regarded as one of Italy's greatest ever midfielders, Bulgarelli spent his entire club career with Italian side Bologna, where he also served as the team's captain; an important figure with the club, he is the team's record all-time appearance holder, and won the Serie A title with the Bolognese side in 1964, among other trophies.

Following his retirement, he had a brief spell in America with the Hartford Bicentennials in 1975, and later also had a successful career as football commentator in the 90s.

At international level, Bulgarelli represented Italy at the 1960 Summer Olympics in Rome, where the team finished in fourth place, and in two FIFA World Cups; he made his senior international debut at the 1962 edition of the tournament, and marked the occasion with two goals, becoming Italy's youngest ever World Cup goalscorer.

He was also a member of the Italian side that won UEFA Euro 1968. 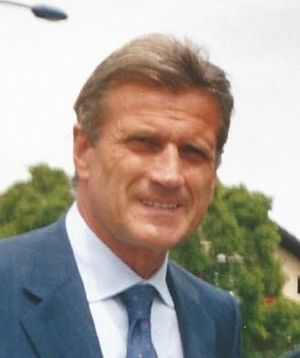 Italian footballer
Back
This content was extracted from Wikipedia and is licensed under the Creative Commons Attribution-ShareAlike 3.0 Unported License