Carlo Carafa (29 March 1517 – 6 March 1561) of a distinguished family of Naples, vicious and talented was successively condottiero in the service of France and of Spain, vying for their protectorates in Italy until 1555, when he was made a cardinal, to 1559 the all-powerful favourite and Cardinal Nephew of Pope Paul IV Carafa, whose policies he directed and whom he served as papal legate in Paris, Venice and Brussels.

According to the Jesuit, later Cardinal, Francesco Sforza Pallavicino, writing the history of the Council of Trent, his subtlety of spirit and grace of address, physical courage and instinct for glory were overridden by his insatiable thirst for power. 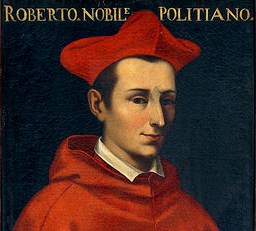 Italian cardinal
Back
This content was extracted from Wikipedia and is licensed under the Creative Commons Attribution-ShareAlike 3.0 Unported License