Gladys Alberta Bentley (August 12, 1907 – January 18, 1960) was an American blues singer, pianist, and entertainer during the Harlem Renaissance.Her career skyrocketed when she appeared at Harry Hansberry's Clam House in New York in the 1920s, as a black, lesbian, cross-dressing performer.

She headlined in the early 1930s at Harlem's Ubangi Club, where she was backed up by a chorus line of drag queens.

She dressed in men's clothes (including a signature tail coat and top hat), played piano, and sang her own raunchy lyrics to popular tunes of the day in a deep, growling voice while flirting with women in the audience.

On the decline of the Harlem speakeasies with the repeal of Prohibition, she relocated to southern California, where she was billed as "America's Greatest Sepia Piano Player" and the "Brown Bomber of Sophisticated Songs".

She was frequently harassed for wearing men's clothing.She tried to continue her musical career but did not achieve as much success as she had had in the past.

Bentley was openly lesbian early in her career, but during the McCarthy Era she started wearing dresses and married, claiming to have been cured by taking female hormones. 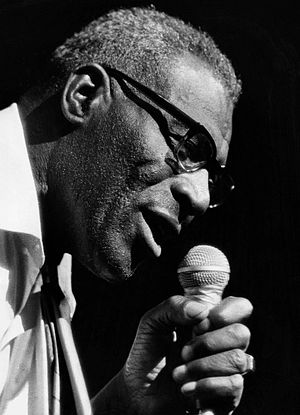