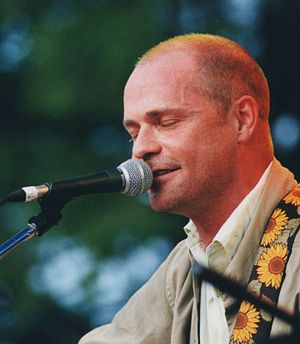 Gordon Edgar Downie (February 6, 1964 – October 17, 2017) was a Canadian rock singer-songwriter, musician, writer and activist.He was the lead singer and lyricist for the Canadian rock band The Tragically Hip, which he fronted from its formation in 1984 until his death in 2017.

His first to hit number one was Introduce Yerself, shortly after his death.His family and managers said future releases are planned, including solo material and unreleased work with the Hip.