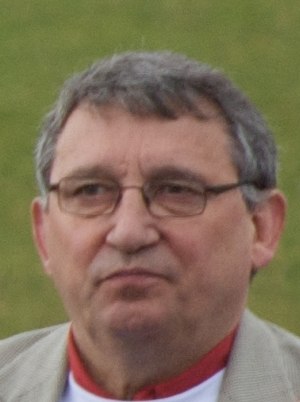 Graham Taylor, OBE (15 September 1944 – 12 January 2017) was an English football player, manager, pundit and chairman of Watford Football Club.He was the manager of the England national football team from 1990 to 1993, and also managed Lincoln City, Watford, Aston Villa and Wolverhampton Wanderers.

Born in Worksop, Nottinghamshire, Taylor grew up in Scunthorpe, Lincolnshire, which he regarded as his hometown.The son of a sports journalist who worked on the Scunthorpe Evening Telegraph, Taylor found his love of football in the stands of the Old Show Ground watching Scunthorpe United.

He became a player, playing at full back for Grimsby Town and Lincoln City.After retiring as a player through injury in 1972, Taylor became a manager and coach.

In July 1990, he became the manager of the England team.They qualified for the 1992 European Championship, but were knocked out in the group stages.

Taylor resigned in November 1993, after the team failed to qualify for the 1994 FIFA World Cup in the United States.Taylor faced heavy criticism from fans and media during his tenure as England manager and earned additional public interest and scrutiny when a television documentary, An Impossible Job, which he had permitted to film the failed campaign from behind the scenes, aired in 1994.

Taylor returned to club management in March 1994 with Wolverhampton Wanderers.After one season at Molineux, he returned to Watford, and led the club to the Premier League in 1999 after back-to-back promotions.

His last managerial role was manager of Aston Villa, to which he returned in 2002.He left at the end of the 2002–03 season.

Taylor served as Watford's chairman from 2009 until 2012 where he continued to hold the position of honorary life-president.He also worked as a pundit for BBC Radio Five Live. 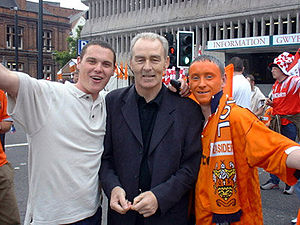 English football player and manager
Back
This content was extracted from Wikipedia and is licensed under the Creative Commons Attribution-ShareAlike 3.0 Unported License