House of Representatives from New Orleans, Louisiana.He was the House majority leader and a member of the Warren Commission.

In 1972, while he was still majority leader, Boggs was on a fundraising drive in Alaska when the twin engine airplane in which he was travelling with Alaska congressman Nick Begich and two others, disappeared while flying from Anchorage to Juneau, Alaska. 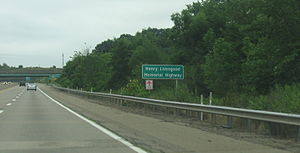