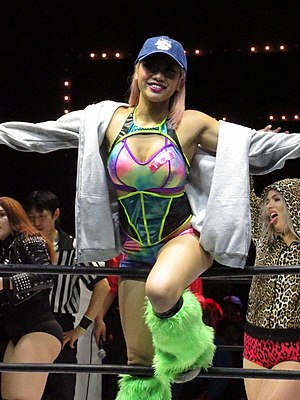 Kimura was a second-generation wrestler; her mother Kyoko Kimura is a former professional wrestler.She was a cast member on the Fuji Television and Netflix reality television series Terrace House: Tokyo 2019–2020 which is the fifth installment of the Terrace House franchise.

Following a series of troubling tweets addressing online criticism directed at her from Terrace House viewers, she was found dead in her apartment in Tokyo on May 23, 2020.

Her death was ruled a suicide by the time of December 2020.

Japanese wrestler
Back
This content was extracted from Wikipedia and is licensed under the Creative Commons Attribution-ShareAlike 3.0 Unported License