He is best remembered for his work on intelligence and personality, although he worked on other issues in psychology.At the time of his death, Eysenck was the living psychologist most frequently cited in the peer-reviewed scientific journal literature.

A 2019 study found him to be the third most controversial of 55 intelligence researchers.Eysenck's research purported to show that certain personality types had an elevated risk of cancer and heart disease.

Scholars have identified errors and suspected data manipulation in Eysenck's work, and large replications have failed to confirm the relationships that he purported to find.

An enquiry on behalf of King's College London found the papers by Eysenck to be "incompatible with modern clinical science".

In 2019, 26 of his papers (all coauthored with Ronald Grossarth-Maticek) were considered "unsafe" by an enquiry on behalf of King's College London.

Fourteen of his papers were retracted in 2020, and journals issued 64 statements of concern about publications by him.Rod Buchanan, a biographer of Eysenck, has argued that 87 publications by Eysenck should be retracted.

Eysenck believed intelligence was genetically determined and cited a US study that seemed to show that the IQ of black children fell, on average, 12 points below white children. 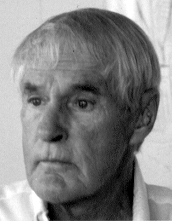 Psychologist
Back
This content was extracted from Wikipedia and is licensed under the Creative Commons Attribution-ShareAlike 3.0 Unported License