Harry Sibson (15 July 1919 – 5 January 2010), was a wing forward who played for Aylestonians prior to being invited to join Leicester Tigers.

He was an official at the Tigers when a great many players came through the teams to England honours;Peter Wheeler, Clive Woodward, Paul Dodge, Dusty Hare, Les Cusworth, Dean Richards to name a few.

He was affectionally known by the players as "The Scrimshanker", a reference to his insistence that there would be "no room for scrimshankers on the pitch today".

Harry Sibson is also credited with the introduction of the new offside rule.Prior to this time wing forwards at that time needed only to keep behind the ball in the scrum.

The press comment was "one thing would be to introduce new rules curbing the power of the wing forward.Sibson … showed us, particularly in the Cardiff match at Welford Road, just how well open play can be stifled…. holding Haydn Tanner in subjection in the 1947-8 campaign".

Haydn Tanner was considered the best scrum half of his generation. 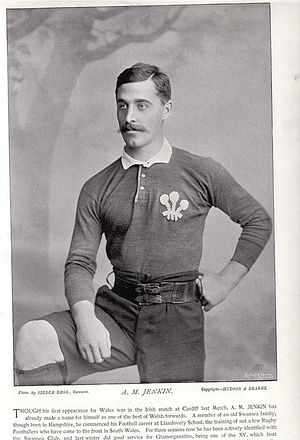 English rugby union player
Back
This content was extracted from Wikipedia and is licensed under the Creative Commons Attribution-ShareAlike 3.0 Unported License