Having assumed the presidency after Roosevelt's death, Truman implemented the Marshall Plan to rebuild the economy of Western Europe and established both the Truman Doctrine and NATO to contain the expansion of communism.

He proposed numerous liberal domestic reforms, but few were enacted by the Conservative Coalition that dominated the Congress.Truman grew up in Independence, Missouri, and during World War I fought in France as a captain in the Field Artillery.

Returning home, he opened a haberdashery in Kansas City, Missouri, and was later elected as a Jackson County official in 1922.

Truman was elected to the United States Senate from Missouri in 1934 and gained national prominence as chairman of the Truman Committee, which was aimed at reducing waste and inefficiency in wartime contracts.

Soon after succeeding to the presidency, he authorized the first and only use of nuclear weapons in war.Truman's administration engaged in an internationalist foreign policy and renounced isolationism.

He rallied his New Deal coalition during the 1948 presidential election and won a surprise victory that secured his own presidential term.

After the onset of the Cold War, Truman oversaw the Berlin Airlift and Marshall Plan in 1948.When North Korea invaded South Korea in 1950, he gained United Nations approval to intervene in the Korean War.

He did not ask for Congressional approval, and as the war stalemated his popularity fell.His administration successfully guided the U.S. economy through the postwar economic challenges; the expected postwar depression never happened.

In 1948, he submitted the first comprehensive civil rights legislation.It did not pass, so he instead issued Executive Orders 9980 and 9981 to begin racial equality in federal agencies and the military.

Corruption in the Truman administration became a central campaign issue in the 1952 presidential election.He was eligible for reelection in 1952, but with weak polls he decided not to run.

Republican Dwight D.Eisenhower attacked Truman's record and won easily.Truman went into a retirement marked by the founding of his presidential library and the publication of his memoirs.

It was long thought that his retirement years were financially difficult for Truman, resulting in Congress voting a pension for former presidents, but ample evidence eventually emerged that he amassed considerable wealth after leaving office.

When he left office, Truman's presidency was heavily criticized, though critical reassessment of his tenure has been favorable. 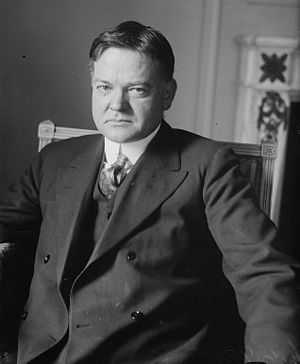