He is credited with introducing innovations such as backing up infield plays from the outfield and shifting defensive alignments based on hitters' tendencies.

For his contributions as a manager and developer of the game, he was inducted into the Baseball Hall of Fame in 1953 by the Veterans Committee.

Wright was also the first to make baseball into a business by paying his players up to seven times the pay of the average working man. 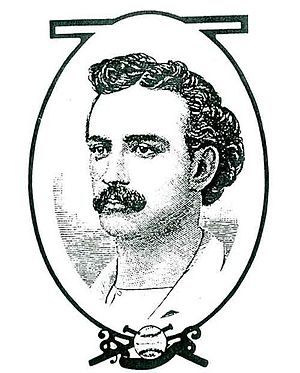 Major League Baseball player, manager
Back
This content was extracted from Wikipedia and is licensed under the Creative Commons Attribution-ShareAlike 3.0 Unported License