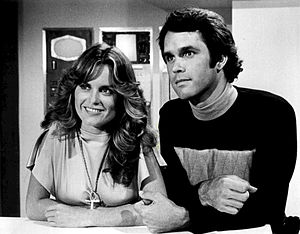 Heather Menzies-Urich (born Heather Margaret Brotherston Menzies;December 3, 1949 – December 24, 2017) was a Canadian–American model and actress, known for her roles as Louisa von Trapp in the 1965 film The Sound of Music and Jessica 6 in the TV series Logan's Run.

American model
Back
This content was extracted from Wikipedia and is licensed under the Creative Commons Attribution-ShareAlike 3.0 Unported License