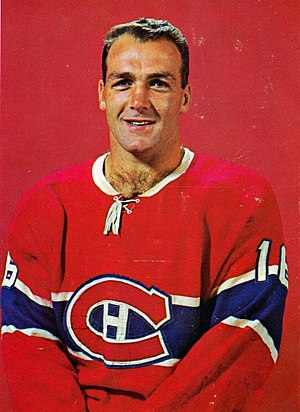 Joseph Henri Richard (February 29, 1936 – March 6, 2020) was a Canadian professional ice hockey player who played centre with the Montreal Canadiens in the National Hockey League (NHL) from 1955 to 1975.

He was nicknamed "Pocket Rocket" after his older brother, Canadiens' legend and fellow Hockey Hall of Famer Maurice "Rocket" Richard.

Henri won 11 Stanley Cups as a player, the most in NHL history.In 2017, Richard was named one of the '100 Greatest NHL Players' in history.