Henry Agard Wallace (October 7, 1888 – November 18, 1965) was an American politician, journalist, farmer, and businessman who served as the 33rd vice president of the United States, the 11th U.S.

Secretary of Agriculture, and the 10th U.S.Secretary of Commerce.He was the Progressive Party nominee in the 1948 presidential election.

After graduating from Iowa State University in 1910, he worked as a writer and editor for his family's farm journal, Wallaces' Farmer.

He also founded the Hi-Bred Corn Company, a hybrid corn company that became extremely successful.Wallace displayed intellectual curiosity about a wide array of subjects, including statistics and economics, and explored various religious and spiritual movements, including Theosophy.

After his father's death in 1924, Wallace drifted away from the Republican Party; he supported Democratic nominee Franklin D.Roosevelt in the 1932 presidential election.

Wallace served as Secretary of Agriculture under Roosevelt from 1933 to 1940.He strongly supported Roosevelt's New Deal and presided over a major shift in federal agricultural policy, implementing measures designed to curtail agricultural surpluses and to ameliorate rural poverty.

Overcoming strong opposition from conservative leaders in the Democratic Party, Wallace was nominated for vice president at the 1940 Democratic National Convention.

The Roosevelt-Wallace ticket won the 1940 presidential election, and Wallace continued to play an important role in the Roosevelt administration before and during World War II.

At the 1944 Democratic National Convention, conservative party leaders defeated Wallace's bid for renomination, placing Harry S.Truman on the Democratic ticket in his stead.

The Roosevelt-Truman ticket won the 1944 presidential election, and in early 1945 Roosevelt appointed Wallace as Secretary of Commerce.Roosevelt died in April 1945 and Truman succeeded him as president.

Wallace continued to serve as secretary of commerce until September 1946, when Truman fired him for delivering a speech urging conciliatory policies toward the Soviet Union.

Wallace and his supporters then established the nationwide Progressive Party and launched a third-party campaign for president.The Progressive platform called for conciliatory policies toward the USSR, desegregation of public schools, racial and gender equality, a national health-insurance program, and other left-wing policies.

Wallace broke with the Progressive Party in 1950 over the Korean War, and in 1952 he published Where I Was Wrong, in which he declared the Soviet Union "utterly evil".

He largely fell into political obscurity after the early 1950s, but continued to make public appearances until a year before his death in 1965. 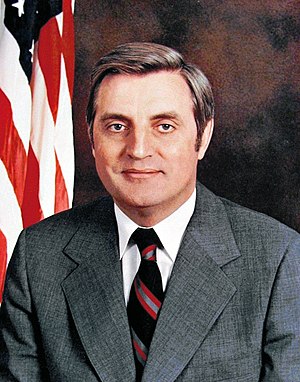 Vice President of the United States
Back
This content was extracted from Wikipedia and is licensed under the Creative Commons Attribution-ShareAlike 3.0 Unported License