Herbert Kuhlmann (17 April 1915 – 9 November 1985) was a German SS commander during the Nazi era.During World War II, he served in various Waffen-SS units and was awarded the Knight's Cross of the Iron Cross.

After the war, he escaped to Argentina where he assisted Nazi criminals to hide from the authorities. 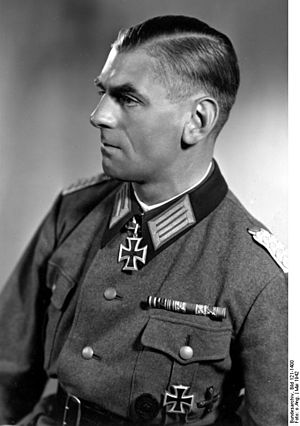