Hilary Dwyer (6 May 1945 – 30 March 2020), also known as Hilary Heath, was an English actress, businessperson, and film producer.She was best known for her acting roles in films such as Witchfinder General (1968) and Wuthering Heights (1970).

She also performed on the London stage.In 1974, she married the talent agent Duncan Heath, with whom she had two children, and helped to found Duncan Heath Associates, which was later bought by ICM Partners.

They divorced in 1989.Later in her career, under her married name, "Hilary Heath", she produced the feature film An Awfully Big Adventure (1995), as well as TV remakes of Daphne du Maurier's Rebecca (1997) and Tennessee Williams's The Roman Spring of Mrs.

Stone (2003).Her final producing role was the 2014 miniseries Jamaica Inn. 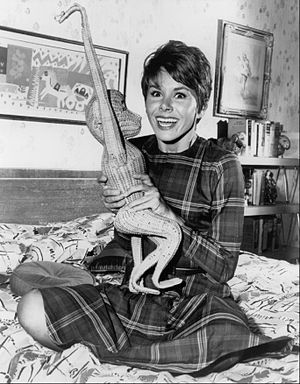