Hugh Lawson White (October 30, 1773 – April 10, 1840) was a prominent American politician during the first third of the 19th century.After filling in several posts particularly in Tennessee's judiciary and state legislature since 1801, thereunder as a Tennessee Supreme Court justice, he was chosen to succeed former presidential candidate Andrew Jackson in the United States Senate in 1825 and became a member of the new Democratic Party, supporting Jackson's policies and his future presidential administration.

However, he left the Democrats in 1836 and was a Whig candidate in that year's presidential election.An ardent strict constructionist and lifelong states' rights advocate, White was one of President Jackson's most trusted allies in Congress in the late 1820s and early 1830s.

White fought against the national bank, tariffs, and the use of federal funds for internal improvements, and led efforts in the Senate to pass the Indian Removal Act of 1830.

In 1833, at the height of the Nullification Crisis, White, as the Senate's president pro tempore, coordinated negotiations over the Tariff of 1833.

Suspicious of the growing power of the presidency, White began to distance himself from Jackson in the mid-1830s, and realigned himself with Henry Clay and the burgeoning Whig Party.

He was eventually forced out of the Senate when Jackson's allies, led by James K.Polk, gained control of the Tennessee state legislature and demanded his resignation. 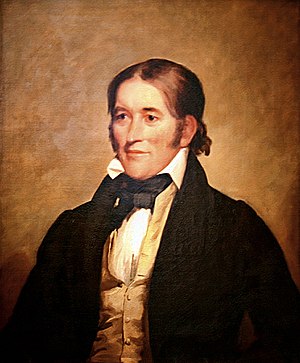 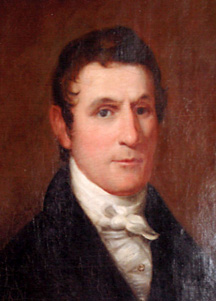