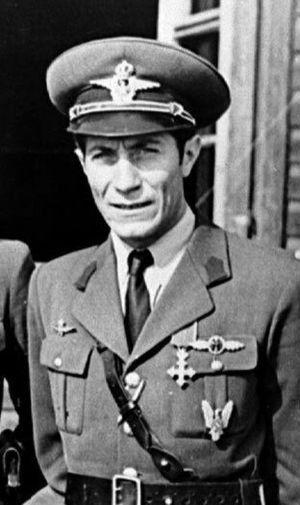 He was born and died in Bucharest.On April 22, 1943 Dicezare engaged a Soviet bomber formation and shot down one A-20 Boston, which fell behind Axis lines.

He then returned to the airfield and took the group's liaison Bf-108 Taifun.He landed near the crash site and took the pilot and the observer prisoner.

In over 500 combat operations He was credited with 16 confirmed victories (and 3 probable) in aerial combat.Dicezare died August 10, 2012, 2 days before his 96th birthday.

He was the last survivor of ”Grupul 7 Vânătoare” pilots who managed to escape the Stalingrad encirclement.