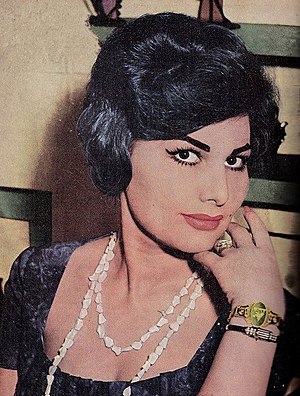 August 20, 1927 – July 28, 2012), known mononymously as Irene, was an Iranian-Armenian actress of cinema and television.She worked with famous Iranian new wave directors both before and after the 1979 revolution, such as Samuel Khachikian, Amir Naderi, Nosrat Karimi, Masoud Kimiyayi, and Alireza Davood Nejad.

Her two films after the revolution, The Red Line directed by Kimiyayi and The Reward by Davood Nejad, were banned.

Her role in Hezar Dastan, another series directed by Ali Hatami, was cut out.After the Iranian revolution she was banned from taking part in any artistic activities.

She travelled to Germany, where she re-trained as a beautician.She returned to Iran in 1986, during the harshest time of the Iran-Iraq war.

Her last performance in cinema was in Shirin in 2008, a film by Abbas Kiarostami.She died of lung cancer in 2012 in Tehran.

Iranian actor
Back
This content was extracted from Wikipedia and is licensed under the Creative Commons Attribution-ShareAlike 3.0 Unported License