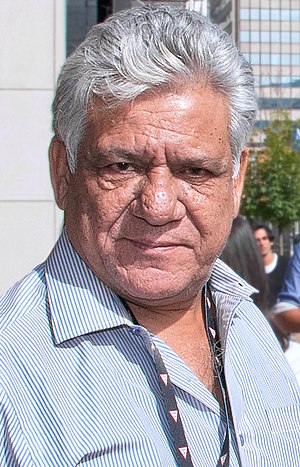 Om Prakash Puri, (18 October 1950 – 6 January 2017) was an Indian actor who appeared in mainstream commercial Hindi films, as well as independent and art films.

He had various collaborations with director Shyam Benegal and Govind Nihalani.Puri also appeared in non-Indian productions in the United States and Britain.

In the 1990s, he appeared in My Son the Fanatic (1997) and the comedy drama East Is East (1999), receiving a nomination for the BAFTA Award for Best Actor in a Leading Role.

Puri was awarded Padma Shri, the fourth highest civilian award of India, in 1990.In 2004, he was made an honorary Officer of the Order of the British Empire.