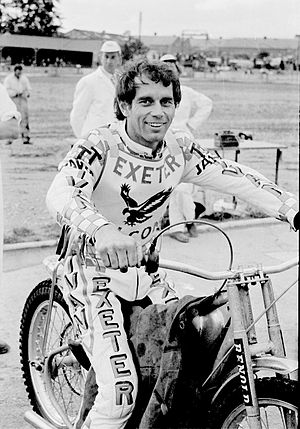 Ivan Gerald Mauger (4 October 1939 – 16 April 2018) was a motorcycle speedway rider from New Zealand.He won a record six World Championships (Finals), a feat equalled only with the inclusion of the Speedway GP Championships by Tony Rickardsson of Sweden who won one World Final and five GP Championships.

In 2010, Mauger was named an FIM Legend for his motorcycling achievements.Mauger and his wife of over 50 years, Raye, lived on Australia's Gold Coast.

He was an active supporter of speedway, attending many meetings throughout the Australian season, as well as the Speedway Grand Prix of New Zealand, held at the Western Springs Stadium in Auckland.