Luiz Gushiken (5 August 1950 – 13 September 2013) was a Brazilian union leader and politician.He was formerly the head of the social communication office of Luiz Inácio Lula da Silva's administration, a position which carried a ministerial rank.

He was a second-generation Japanese-Brazilian, with Ryukyuan parents from Okinawa.In his youth he was a supporter of , a party linked to the French Organisation Communiste Internationaliste (OCI).

He broke with this international current to work closely with Lula in the PT.He worked at bank and was associated with unions.

He was elected a federal deputy in the Congress three times, from 1987 to 1998, and was the coordinator of the presidential campaigns for Lula in 1989 and 1998. 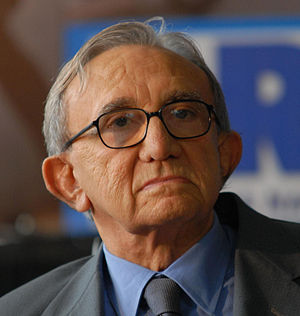